Me…Smiling and ready to win!

Thank You For Visiting

Not so many years ago, writing was an isolating and rather depressing process. It involved (at least for me) hours and hours of solitary, eye-squinting, hermit-like activities. But no longer. The internet and the almighty blog has changed all that. Now writers can find kindred spirits; we can network with others who share the gift of the pen, and we need never be alone again.

That being said, I’m so glad you stopped by. Here’s a little about me: I’ve written many books, both for adults and young readers. A few of my works are published, but some still need homes.

UPDATE: NOVEMBER, 2017
A lot has changed since my son created this website for me. I began as a writer with all sorts of stories spilling out of her ears, and now I have five trade-published educational books under my belt and two historical picture books that will debut in 2018 and 2019. This image should give you an idea of what I’ve been doing, lol.

But back to my bio. I am a former special education teacher of eleven years with a MS in School Psychology. I have two sons who each hold degrees in Media Arts and Animation, and they illustrate much of my written work.

In 2008, I celebrated the release of my first trade book, AFRICAN AMERICANS OF CHATTANOOGA: A HISTORY OF UNSUNG HEROES (The History Press). To my delight, it was recognized by the Daughters of the American Revolution in March, 2008.

In April, 2009, I was one of five First Place winners in the Knol for Dummies.com Contest. My article, “Everything You Always Wanted to Know About Getting a Grant (But Were Afraid to Ask), has received good reviews. Click here to read

In 2016, I sold my book, THE OLDEST STUDENT: HOW MARY WALKER LEARNED TO READ, to Random House Books. Here’s the announcement:

And THIS YEAR (September 2018), I will celebrate the debut of my first picture book: HAMMERING FOR FREEDOM: THE STORY OF WILLIAM LEWIS: 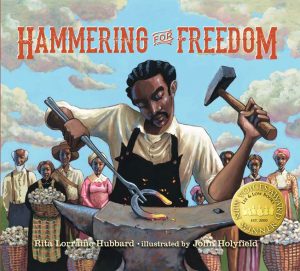 UPDATE: Brian Agincourt Massey’s website has been deactivated and I can’t find him anywhere. I hope he’s okay! Still, I’m grateful to him for recognizing my talent. I’ll never forget his encouraging words: “Never let anyone tell you your work isn’t good enough. You’re a brilliant writer.” Thanks, Brian! 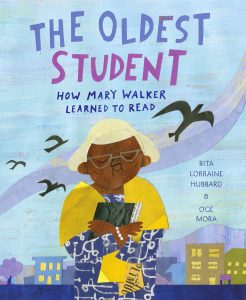 UPDATE: In 2016, my picture book, THE OLDEST STUDENT, was acquired by Random House. The book is slated for publication January 7, 2020.

In 2014, my book, AFRICAN AMERICANS OF CHATTANOOGA: A HISTORY OF UNSUNG HEROES, won the East Tennessee Community History Award of Excellence.

In 2014, my unpublished novel, THE MAN WHO SAW EVERYTHING, received SCBWI’s Letter of Merit for a WIP.

In 2012, I won FIRST PLACE in Lee and Low Publishing’s New Voices Award Competition. That book, called HAMMERING FOR FREEDOM: The Story of William Lewis, will debut in September 2018.

I spend much of my day researching history and writing all about it, but I would love to hear from you. Click here to write me.

NEED TO SEE MY VITAE AND LETTERS OF RECOMMENDATION? Click on the following links: