BREAKING NEWS
Home Random Thoughts The Un-Editorial Notepad #18: Invasion of the Pod People? (or) Where Have all the Writers Gone?

The Un-Editorial Notepad #18: Invasion of the Pod People? (or) Where Have all the Writers Gone? 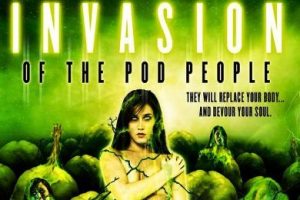 The world of publishing is exploding, and it’s a wonderful thing to behold. But something else that’s not-so-wonderful seems to be exploding right along with it; something that begs the question: Where have all the writers gone?

Before I explain what I’m talking about, let me say that I’m not trying to offend anyone. I’m just trying to understand. So when you read this piece, please apply the “Shoe-to-Foot” equation. In other words, if the shoe fits, wear it. And if it doesn’t, pass it on.

Now: where have all the writers gone? What I mean is, are the writers who actually write becoming extinct? In this case, I’m not talking about those who write extremely well or even those who write only moderately well. I’m talking about writers who, well…write. Writers who use their brains to create characters and then physically write their own books. Are they a disappearing breed?

Have they been swallowed up by, say, the pod people? You know, the aliens from the dying planet who morphed into pods, floated all over space like spores, and eventually landed on earth and replaced humans by spawning zombie-like replicas. Remember them? Eeeeeek! And remember how the humans they replaced disintegrated into dust once the duplication was complete? That’s what I’m talking about. Are the true writers being absorbed by pod people? 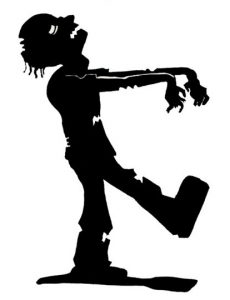 Over the last year, I’ve been astonished at the would-be writers searching for someone to write their books for them. These aren’t writers with an idea or outline who have actually created something and are perhaps looking for a coach or mentor. No, these are would-be writers (aka, pod people) who have written nothing, outlined nothing, thought up nothing, and imagined absolutely nothing. They have no clue what they even want their books to be about. “That’s YOUR job,” they say if you dare to ask. They just want you to write a book, sign away the rights, then fade into the shadows while they achieve runaway bestseller status.

Is there anything wrong with this? Probably not. In this amazing world we live in, you can buy all sorts of things for your enjoyment. You can buy hair weave, eye color, a nose job, pouty lips, breast implants, teeth implants, pec implants, and even a cleft chin, if that’s what you’re into. You can even go online and purchase a firm, round, seductive butt if you don’t have a nice one of your own–or even if you do. In other words, everything’s for sale. And so, I suppose, are labels like “published writer.”

Last year, I wrote a post about a writer who approached me about editing a 6000-word document that she wanted tweaked into a 1,500-word picture book. Once I looked at her manuscript, I realized she only had about 2000 usable words; the other 4000 words had been “spun” into oblivion until there were only chunks and chunks of sentences that all said the same thing–only upside down, sideways and in reverse.

Here’s an example that DID NOT come from her manuscript, but that represents the type of the verbal chaos she presented to me: 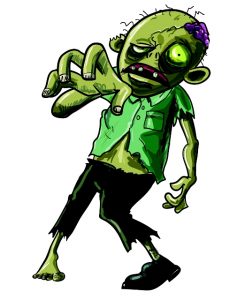 The manuscript went on like this for 6000 gut-souring words. Yet with a great deal of pride, she informed me that she had paid a ‘top ghost writer’ to produce the manuscript, and now she needed a top editor who could turn the straw into gold (my words, not hers) so she could become a runaway bestseller (her words, not mine).

Needless to say, I refused her job offer. But that’s not my point. My point is, if she wanted a bestseller, why didn’t she do it herself? Why not hone her craft, write her own book, and then tweak it until it was the best it could be? When I posed the question, she answered that she didn’t write it because, well, she’s not a writer.

And thereby hangs a tale!

Thanks for indulging this long post! I hope something I’ve said has helped you in your quest to become a published writer.