Hi Everybody,
Breezing through with a question for the newbie authors out there: Are you published…or printed?

You would think the answer should be obvious, but that’s just not so. It’s amazing how many writers I’ve encountered who are so excited about their new publications (and rightfully so!), only to discover that they’re not actually published, they’re just “printed.”

Because it’s on the rise, companies are popping up all over the place, and many accept unsolicited manuscripts that they go on to print in book form. Nothing wrong with that, but it’s up to you, the writer, to realize that just because a company prints your book doesn’t mean you’re published. It may mean that you’re just “printed.”

Case-in-point: A friend of mine approached me about a friend of hers who had recently “published” a book through a very popular company (which shall remain nameless). Her friend self-edited her text, typeset it herself, and even supplied her own pictures. Unfortunately, she didn’t understand the importance of staying true to ratios when enlarging the pics, so they ended up stretched and distorted. They were also extremely dark.

When her book debuted on a certain website, it was full of typos and the font didn’t quite fit the book. She quickly fixed those issues, but since then, she hasn’t sold a single book. It seems she wasn’t aware that she would need to figure out how to market her book and bring attention to its existence.

And so, not only did she typeset, self-edit and provide her own illustrations, she paid for the printing and would also have to pay for any marketing she might need, too.

Her book is now languishing in complete anonymity on that site. No one knows it’s even there. In the meantime, she’s out of a big chunk of money — the fee for having her book “published,” and she’s asking if I can help in any way. 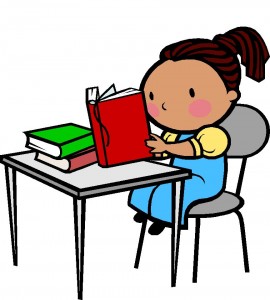 The Un-Editorial Notepad with Rita Lorraine

I suggested that she consider starting over; that she take a few writing classes, join a critique group, and also consider seeking a traditional publishing contract. Her answer was to very sweetly assure me that she was indeed “published” because the people who took her money told her so.

I’ll allow you to draw your own conclusions about this dilemma. My heart goes out to this lady because she, like so many others, doesn’t understand the difference between being published and being printed.

I’m not even going to try to spell out the difference here. I will only plead with all you aspiring writers out there to dig deep and research “publishing” versus “printing.” Think twice before you fork over hundreds, even thousands of dollars for what may well turn out to be a printing service, plain and simple.

All best wishes for an absolutely wonderful writing career,