Eat, Drink and Be Merry. Not! 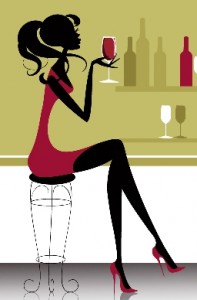 So when I was struggling to break into publishing, I did a lot of writing. I also did a lot of waiting, which meant I had a lot of time on my hands.Too much, in fact, because all I did (besides writing) was eat and watch my middle and rear expand.

I’m not going to debate the true meaning of success here. I’m not going to attempt to define how much money or recognition or fame one should obtain or how many praises one should hear to be considered successful, because that’s not what this post is about. Besides, success is different for different people. I can only say that in my case, I’ve been blessed with a measure of the elusive concept called “success,” and I’m thankful for it. And I can also say it’s nothing like I thought it would be.

Oh, it’s wonderful, don’t get me wrong. But it’s just that there’s so much work that goes along with it that I hardly have time to sit down and decide whether I’m really and truly successful. I have ample opportunities to write books for educational publishers—and I’m doing just that. I’m also about to get into deep editing of my children’s book that will debut next spring (2015). This in itself is a dream come true, that my first pb (picture book) will soon make its debut.

I’m editing a vocational manual that will soon be introduced into community colleges across the country, and I’m even helping some aspiring writers to get their books outlined, written and into the waiting hands of an eager publisher.

The only thing I’m not doing is writing my own stuff. Lol, a writer who doesn’t have time to write…imagine that!

What I’m saying is that the “arrival” of my own success (however large or small) seems to be the exact opposite of what most people expect success to be. I no longer have time to do anything — even eat — and I definitely don’t have time to drink and be merry. So while other successful people are eating, drinking and being merry, the only evidence of my success seems to be the extreme exacerbation of my carpal tunnel syndrome (in both wrists!!!) by typing 12 to 15 hours per day, and the fact that my right eye won’t stop twitching…which I’m told is because I peer at the computer screen too much.

And so I leave you with this exquisite revelation, my aspiring-writer friends: You’ll know you’ve reached success when your eye twitches uncontrollably and your brave fingers go completely numb from carpal tunnel syndrome.