BREAKING NEWS
Home Uncategorized The Way of the Buffalo

The Way of the Buffalo 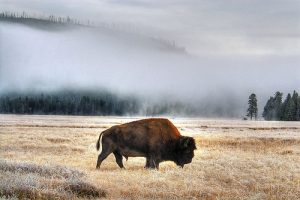 Hi Everybody!
Been a long time, but…here I am. Just stopping thru to tell you that “The buffaloes are gone. And those who saw the buffaloes are gone.” If you didn’t know, those are the opening lines to the Carl Sandburg poem, Buffalo Dusk. But I digress. Or maybe I don’t.

Now, my beef (no pun intended):

Contests are slowly going the way of the buffalo. Large percentages of competitions –writing, art, and business plan competitions alike – are disappearing right off the face of the earth.

It’s true. Real “competitions” are nearly extinct, and those that have survived have morphed into something almost unrecognizable. They have become little more than fishing rods that dangle the bait of a “grant” for a good idea/pitch/business plan, but after you enter, you’re not judged for the quality of your entry, you’re judged by how many votes you can get from friends, family, fans and strangers.

Not long ago, I received an alert that a particular online business was sponsoring its semi-annual “grant” for new business ideas. On the surface, it seemed sponsors really were interested in unique business ideas, but after I registered and completed the business idea form, it became clear that if I wanted to win, I would have to troll for votes.

Well…they didn’t call it trolling, but, come on, that’s what it is.

“Test your social power,” the email encouraged. “Ask your Twitter, Facebook,and Linkedin fans to vote for you.” Of course these friends and strangers would have to register before they could vote…which is an excellent way to host a registration drive, when you think about it. The point is, the sponsors didn’t seem to care whether my idea was any good or not; their focus was on culling votes, and they made it clear that was the only way to win. I withdrew.

While all this was going on, another organization alerted me about a small grant (less than $1000) they give to women business owners. I was very excited because after this last let-down I thought I had finally found an organization that was looking to support a great idea.

I read their guidelines, paid the entry fee and entered. I’m usually a meticulous reader, but I swear I never saw anything about getting people to vote for my business to win until after the fee went into their PayPal account. That’s when this “new registrant” screen opened and said, “You’ve taken the first step and entered. Now to win, ask all your Facebook, Twitter and Linkedin friends to vote for you.

Whoever first thought of this clever way to build mailing lists is probably feeling pretty brilliant right now, but the whole ordeal is most unfortunate for people looking for true opportunities to shine in business.

Oh well. Such are the times in which we live, and to survive we’ll just have to adapt. For if we don’t, we will surely go the way of the buffalo, my friend.