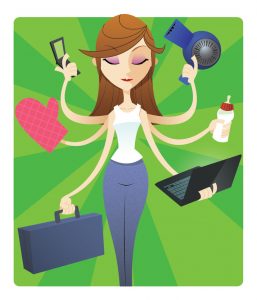 Hi Everybody,
Hope you’re enjoying this gorgeous weather. Just stopping through with a few observations about why some people (namely me!) just cannot stop themselves from multitasking their brains out.

So this is what my year has been like so far. I’ve reviewed at least a dozen books in three months, edited a 94,000 word middle grade novel, offered feedback on the work of six critique group members, wrote a technical manual for a business, constructed a grant proposal for an individual, tweaked a historical article for an upcoming state project, and became a writer for Demand Studios.

Whew! I swear, at one point, I felt like one of those cartoon characters on tv that gets bonged in the head and just stands there—catatonic—while a parade of stars float by.

I knew something had to change, so I decided a few weeks ago that it was time to relax.

This meant no more agreeing to review stacks and stacks of fun and colorful picture books, no more sending flurries of emails to and from publicists and publishers about the status of those reviews, no more “favors” like writing the grant proposal, and possibly no more technical manuals (though the pay was great and the experience was priceless). 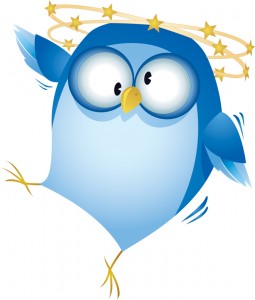 You see, the experts say that multi-taskers aren’t as effective as they think they are, and definitely don’t get as much done as they think they do. This is because they’re actually fragmenting their efforts instead of “killing two (or more) birds with one stone.

Even worse, multi-taskers miss out on life in general, because they’re always distracted by the [multi]tasks at hand and never take time to smell the roses.

So, in an effort to wean myself from all the chaotic multitasking, all I’ve done for the last week is dabble with my own manuscript (the 94,000-word one) and browse the internet. The problem is, I’m miserable. I’m just not used to having so much time on my hands.

The only thing left to do is to compromise, and that’s exactly what I’m doing. I finally finished the books on my TBR (to be read) stack, and I have now restricted the number of books I’m willing to review.

I’ll continue writing technical manuals because the pay is great, and I’ll continue critiquing manuscripts because that’s what critique group members do, but at least I’ve cleared enough space on my roster to find time to write this post, so that’s something…right?

If you’re a serial multi-tasker, I hope you find the wherewithal to clear at least some of the things off your plate so that you can be more effective in the things you do. In the meantime,