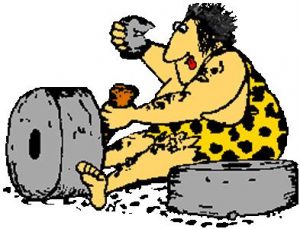 Hi Everybody,
Breezing thru to ask why in the world so many aspiring writers are willing to re-invent the wheel instead of learning from their predecessors. Read on to find out what I mean.

Here’s the thing: Despite the exponential interest in writing and publishing, despite the treasure-trove of information on the internet — including free writing conferences, seminars, webinars and free articles — there are still writers who choose to go blindly into writing and re-invent the wheel.

These writers don’t bother to learn their craft. They don’t know which genre their story falls into, they have no clue what age their book is appropriate for, they don’t understand why they shouldn’t write in more than one point-of-view, they forget to double-space their manuscripts, they don’t edit for typos and continuity, and they believe their best friends or relatives are the best judges for whether their books are any good or not.

They re-invent the wheel. Instead of building on what is already known about writing and publishing, they send manuscripts to publishers/agents they have not researched — and who may not even be publishing/representing what they’ve written.

I met a writer who made these mistakes. He had just finished a 696-page (eeek!) historical fiction manuscript and asked me to read his first ten pages. Those pages were jam-packed with single-spaced text (in several fonts; he couldn’t decide which he liked best), and had pictures he thought would enhance the manuscript splattered throughout.

Since there was no preamble, synopsis, summary or hint of what I was reading, I asked for a clue. He could not tell me the genre, the age group, or even who the main character was.

In short, he hadn’t done his homework. Instead of building upon the “publishing wheel” already in existence, he chose to re-invent the wheel. And in doing so, he lost loads of time…because of course I told him he was nowhere near ready to submit.

So my advice to aspiring writers out there is, don’t re-invent the wheel. Learn from those who have already been where you currently are, and who can tell you how to start from there and move forward.