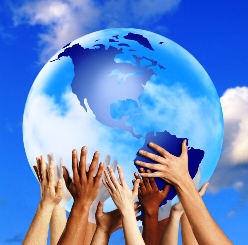 Hi Everybody,
Breezing thru to say hello and to bring you another “deep” question. Why are people so leery of giving and receiving?

Here’s the thing: People say the world is getting colder, stingier, more self-serving than it has ever been. If that’s true — and of course it is! — it’s difficult to understand why people get so offended when a person tries to share good things with them.

Case-in-Point: I’m always receiving alerts about writing opportunities, and I’m forever sharing them with every writer I stumble across, because…well, you never know who the next big writer will be.

So when I received news that a certain writing competition which celebrates the work of writers-of-color was in full swing, I shared it on a few social networks. Most people were glad to know about it, but one man spewed so much acid my way, it made my head swim.

He wrote that “you people” — meaning African Americans — are always screaming about racism, but then you turn around and run a racist contest like this one.

He said “you people” are always complaining and asking for equality, then “you people” practice reverse racism on the white man.

He also said a few other choice things, including referring to “you people” as bleeding-hearted whiners and declaring that because of “us,” racism would never go away. Then he ended his tirade by writing: “I hope I haven’t offended anyone.”

Needless to say, I was stunned. And offended. I was only sharing information. A few months before this particular post, I had shared information about a speculative fiction competition which excluded everyone except writers of speculative fiction. And before that, I passed on a MG sci-fi competition that excluded anyone writing anything other than middle grade science fiction.

I shared many other competition alerts before these, too, and every single one of them excluded writers in one way or another. However, none of those bothered this man because they didn’t specify “writers of color.”

Sigh. My first instinct was to “bring the heat;” to respond with as much venom as he had given me. To begin with, I was going to inform him that the competition I had told the network about was not sponsored by “you people,” it was created by and is sponsored by Asian Americans who, for their own reasons, desire to see diversity in children’s publishing.

My next instinct was to vow to never, ever, ever…ever share anything with anyone else ever again. Yeah, it was that bad.

But once again I thought about it, and I realized that the world simply needs more givers. I may not be able to give money at this point in time, but I can at least give information. And somebody somewhere will receive it with a smile. I just know it.