The UN-Editorial Notepad 2: Lack of Dialogue 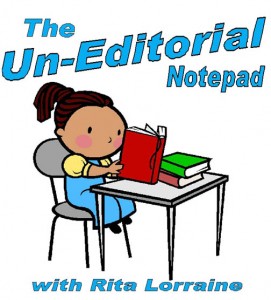 Hello Everyone,
I’m back with another un-editorial observation on something I’m seeing–or in this case, NOT seeing–in self-published books.

Over my years of reviewing, many self-published books have crossed my path. Now, I know what you’re thinking. You’re thinking I’m going to call them horrible, and say I found multiple typos, glaring omissions, and shifting points-of-view. But you couldn’t be more wrong. Not a single self-published book had a typo or misplaced comma. Each was laid out nicely, and each offered colorful illustrations that would make any writer proud. So what in the world was the problem?

LACK OF DIALOGUE, that’s what!

Now, I’m certainly not saying ALL self-published books have this problem, and I’m not even saying all the ones I reviewed had this problem. What I’m saying is, the majority of the ones that crossed my desk had this problem. Those in question had page-after-page of description and telling, telling, telling. But otherwise, absolute silence. I had to learn (through the narrator) what the scene looked like, what the person looked like, what the other guy was thinking or feeling or hoping, or…well, you get the picture. All because the dialogue was missing.

As I’m sure you know, lack of dialogue presents a huge problem. In fact, it usually ranks right up there among the 10 most common mistakes newbie writers make. The story idea may be fantastic and the twists may be among the most creative you’ve ever encountered, but without dialogue that pops, the story becomes flat and dull. 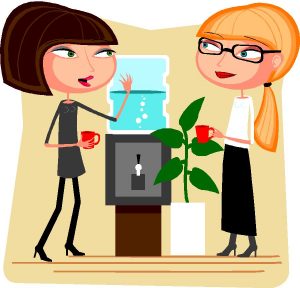 So…thinking about self-publishing? Go right ahead! But before you click the “print” button, be sure you’ve included some word-play in your story.