The Case of The Disappearing Publicity Agent 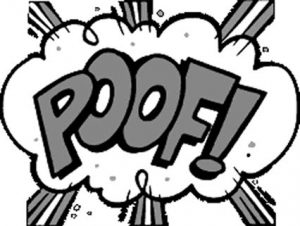 Hi Everyone,
As you know, I review children’s books for trade publishers and for the New York Journal of Books, and I occasionally grant reviews to self-published authors. I’m stopping thru today to ask a question: What’s going on with these “self-publishing” publicity agents?

I was recently contacted by a “publicity agent” who claimed she was representing a new writer whose self-published book had won all sorts of awards. She wanted me to review the book and possibly hold a giveaway.

I’ve had some rather unsettling dealings with self-published authors in the past, where a few became sullen or angry if I could not in good faith offer a 5-Star review, so I’ve been saying no a lot. But after checking out the link this agent provided, the book looked great, the writer looked solid and the publisher looked reputable.

I wrote back and told the agent I would be happy to review the book IF AND ONLY IF the agent answered some vital questions I had about the book. I clicked “send,” waited for an answer, and…nothing!

It has been days and I’ve received no response from the agent. She seems to have disappeared off the face of the earth.

This makes three times that “publicity agents” have contacted me about reviewing certain self-published books, only to never hear from them again. One of these agents sent a book that did not meet the criteria for review, and when I wrote back giving the agent a choice of what we could do next, I never heard from him/her again. I wrote about this stomach-souring experience in this post:

So my question for today is, what’s going on with these “publicity agents?” Are they really agents, or are they just claiming to be? And why do they disappear into thin air the way they do? Are they sending one and only one email out for their “clients” to be able to truthfully say they’ve done publicity, then moving on to the next product?

And um…do the writers know??

This dilemma makes me very sad. I’m sure these self-published writers have paid these agents for their work, but how can they know that these agents never follow up?

Here are my suggestions, for what they’re worth:

Make sure people in your self-publishing circle are really who and what they say they are. If they claim to be an editor, ask what books they’ve edited and ask to see sample pages. If they claim they’re publicity agents, ask who they’ve promoted and ask for links to their work. If they’re typesetters, ask what books they’ve typeset, and ask for links.

In other words, DO YOUR HOMEWORK. There’s nothing wrong with spending good money to write, produce, publicize and market your book, but there’s also nothing wrong with following up on the people who so graciously accepted your money and making sure that this is what your hard-earned money is being used for.