Hi Everybody,
Hope you’re all doing well and getting some absolutely wonderful writing done! Just stopping through to talk with you about a little dilemma writers face – whether they know it or not. It’s the dilemma of the Invisible Empire. 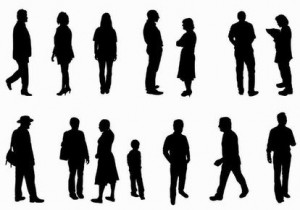 First things first, here’s what I mean by empire: “An extensive group of states or countries – complete with people! – under the rulership of a single supreme authority (uh…that would be YOU).” So, the invisible empire I’m talking about is the one that exists in the writer’s mind.

See, writers have an extensive group of states and countries, and a host of invisible people, scenarios and story lines bouncing off their skulls like lively–and LOUD–pinballs in a pinball machine. That’s not normally a problem…unless you’re like me, and have friends and family who, because they don’t SEE any evidence of the book you’re writing, are convinced you spend your days asleep or in front of the television.

That’s when it gets annoying, because you find yourself constantly trying to convince people that you ARE writing, despite the lack of evidence. Well, this year, you–WE–must prove these well-meaning nags wrong. This year, we MUST complete that book we’ve been working on. We must bring the states, cities, and quirky citizens of our invisible empires out of the shadows and into the light..and into bookstores and onto bookshelves too, by the way.

That being said, don’t be a slacker in 2012. Write that book. Then sit down at your pc, laptop or whatever it is you use, and get everything on paper. Next, edit what you’ve written, and while you’re doing that, join a critique group so you can get another set of eyes on your work. Also think about joining a local writer’s group (if you have one) and hobnob with like-minded individuals who can keep you inspired and help you to not feel so lonely. Because loneliness really does come with the writing territory.

Join some writing listservs, READ them, and find some competitions or all-calls for new writing talent. Then SEND IN YOUR MANUSCRIPT. It’s the only way to realize your dream of becoming published.

Hope these tips have helped you to manage your invisible empire and usher it on its way of becoming a reality.