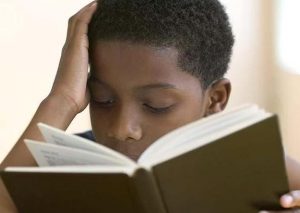 Hi everybody,
No, this isn’t a post about trick-or-treat; it’s something completely different. I’m just wondering if you’ve ever been accused of trickery? I have, and I’ve never been happier.

Here’s the deal: As most of you know, I founded a review site called PICTURE BOOK DEPOT, because I wanted to celebrate the magnificent picture book in all its abbreviated text and illustrated glory. The site has grown by leaps and bounds since it made its debut in the Fall of 2010, so I finally buckled under the literary pressure and added a few reviewers. Click here to read about some of our new reviewers. More to come!

My reviewers come in every age, size and color. Unfortunately, the younger ones gravitate toward the older titles, preferring book covers with blood, magic, cigarette-smoking teenagers…anything except sweet books with wide-eyed kitty cats on the covers, written especially for them.

So, one of my elementary-aged reviewers watched another reviewer scoop up a book with an interesting cover showing two teens frozen into rock-solid, glacial-sized pieces of ice. The younger reviewer pointed and said, “I want that, I want that!” The problem was, that looked to be all of 350 pages, and was written specifically for YA’s, not MG’s. As gently as I could, I guided his fingers toward a shorter book for children his age, with a nice, round-eyed kitty cat on the front. He took one look and made a face like he’d just stepped in a steaming pile of dog doo.

He tossed my suggestion aside like yesterday’s garbage and reached for an upper YA with the acronym WTF on it. Now, I may not always have my finger on the pulse of society, but I’m not completely out of the loop. WTF stands for what-the-f*ck. Right???

Well, I was quite disturbed, to put it mildly, and I pushed the kitty cat book back into his hands. He wasn’t having it, but thankfully his mother convinced him that it was the kitty cat or nothing.
He walked away holding it like he’d just taken custody of a full baby diaper. 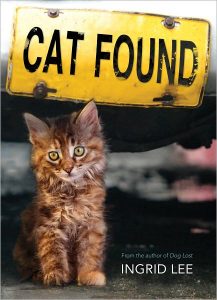 So, here’s the book that had him steaming: Cat Found, a new chapter book by Ingrid Lee. The cover rendered him hardly able to stomach the book or me, but behold, within a week, something wonderful happened. I was handing out books to other reviewers when someone tapped me on the shoulder. I turned to see my young reviewer with a serious look and a wide-eyed stare.

Well, my countenance fell a little, but I tried not to react until I understood where he was coming from. “You did?”

A smile spread over his face, and I couldn’t help but answer with my own smile. “It is?”

He nodded. “That book is so good, I couldn’t even stop reading it on the way home that day. I’m almost finished with it. I’m glad you gave me that book!”

By now we were both grinning from ear to ear. “Well, well. I guess kitty cats aren’t so bad after all, are they?”

“No,” he said, then gave a blow-by-blow account of everything that had happened in the book so far. His mother beckoned and he had to go, but first he said again, “I’m glad you gave me that book!”

A reader, plain and simple.

Just so you know, I love books something fearsome. Giving children free books is their gift, and seeing them transformed into readers is mine. Just wanted to share my gift with you.

And, oh yeah, this is a true story.

If you want to purchase Cat Found for your middle grade reader who thinks he’ll hate a book with kitty cats on the cover, click on the Amazon link at the right.

There is no related posts.