Procedural Entry Point Could Not Be Found 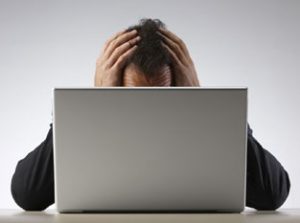 Hi Everybody,
It has been awhile since I posted. I’ve been lost in cyberland, the victim of a drive-by computer virus. I learned a lot while I was “out there,” like how computer viruses and writing are closely related. So now I’m stopping through to share what I learned.

So I was installing a forum in one of my blogs when a rogue virus masquerading as an antivirus invaded my computer. First it shut off my own antivirus (without my permission!), then coolly informed me my computer was infected. Seems that, for my computer to be well again, I must allow this arrogant cuss to install itself on my delicate hard drive…for the low, low price of $49.95, of course!

When I refused—when I shut off the program and tried to re-boot my computer, that devil virus declared war on my hard drive. It blocked me from the internet and taunted me with the dreaded words: “Procedural entry point could not be found.” Then it slowed my computer to a crawl and played tug-of-war with me, refusing to allow me to close any programs I had already opened without a big cat-fight. It did other unspeakable things, too; things I’m still trying to block out of my mind.

Took me all of two weeks to get up and running. During that time, I called people with computer experience and asked for advice. I wrote emails to the Microsoft Windows folk asking what a procedural entry point was, how to locate one, and how to coax it open once I did. (By the way, I never heard back from Microsoft. I think their site is run by robots, don’t you???). I begged anyone who would listen for help, complete with moaning and gnashing of teeth. But…in the end, I had to help myself. I had to find my backup disc, restore my own files, set the firewall and antivirus preferences, then update like hell just to get things rolling again.

So what am I saying? I’m saying, it seems to me that computer viruses are a lot like the bumps and bruises that go along with the writing life. Think about it. How many times have you given a manuscript your all and polished it until you could almost see your reflection, only to have it coolly rejected by some faceless know-it-all with the power to crush you like an insect? How many times has an editor, agent or publisher said to you, “Thanks, but no thanks,” or, in computer language, “Procedural entry point could not be found…”

Like clockwork, your writing slows to a crawl. You wonder, Am I good enough? Do I have what it takes to pull this off? Or will I end up making a fool of myself? This, my friend, is the “infection,” which, like the computer virus, spreads like wildfire and declares war on your poor hard drive—your creative soul.

You cry and whine. You call other writers with experience and tell them this latest rejection has given you writer’s block, then you wait to see who will come to your rescue. You listen for that voice from the wilderness that will tell you what to do. You even consider writing the Microsoft Windows folk—or in this case, the publishers, and asking what you did wrong.

But you don’t. As you sit in abject misery, waiting to be set free, you slowly realize that if you’re ever going to get up and running, you’ll have to help yourself. YOU must find your own backup disc—your reserve courage, endurance and creativity, and YOU must be the one to pop it into your drive. Then, quick as lighting, YOU set your firewall and antivirus preferences—in this case, your faith and belief in yourself. And last, YOU must update like hell, meaning you must acknowledge the fact that you need to hone your craft, network with other writers, and stay abreast of all that goes on in the publishing world.

If you do all these things, you’ll be back up and running in no time…just like I was. That horrible error message–“The procedural entry point could not be found”— will disappear, and before you know it, you’ll get a new message that says, “Welcome to Windows,” or in this case, “Welcome, New Author. Come in and look around.”