BREAKING NEWS
Home Shades of Greatness So You Wanna Be a Writer? HERE’S HOW TO GET STARTED.

So You Wanna Be a Writer? HERE’S HOW TO GET STARTED. 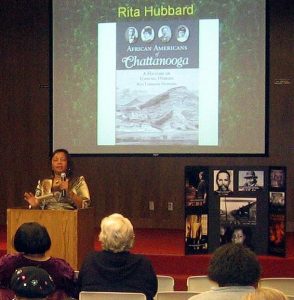 All content is copyrighted by Rita Lorraine Hubbard, except where noted. All rights reserved. No reproduction permitted without express written permission of the author.

So you want to be a writer, huh? You’ve discovered that there’s something bubbling deep inside you, and lucky for you, it’s not stomach acid. Rather, it’s something creative; something clever, or deep, or earth-shattering, or horrifying, or monumental, or hilariously funny that’s screaming for release, and you want to get it on paper so you can show the world in general how talented you are. Right? Oh yeah, and you wouldn’t mind getting paid for your creation, am I right?

Fine, but first things first. Let’s do some background work on what writing is all about, how you get started, and what’s expected of you. Now, I’m no expert, and I don’t play one on tv, but I have learned a thing or two during my quest to become a published writer, and I thought I would share what I learned with you.
So here goes.

DO WRITERS MAKE LOTS AND LOTS OF MONEY?

This is the first question I get when people find out I’m a writer. After I finish laughing hysterically and wiping my weeping eyes, I get down to brass tacks and tell it like it is…or at least how it is for me.

None of the writers I know personally make lots and lots of money. (I have recently joined a listserv where all the writers are multi-published, and several have landed movie sales…but I don’t know them personally, and that is another story anyway!) I’m acquainted with a couple of romance writers who say they earn an average of $10,000 per book, so they try to churn out two or more books a year to keep themselves in the black. So even if they are fortunate enough to produce two books–and get paid for them, this only totals a modest $20,000 for a year’s work. Is that a lot of money? You tell me.

Many trade publishers offer an advance to their writers. Of course, the publishing industry has gone through financial changes since I first wrote this article (who hasn’t???), so the advances may have dwindled. In any event, while I’m certain there’s still a publisher somewhere that will offer $25,000 or $50,000 in advance, the truth is, I just don’t know of any…unless the writer is Stephen King or some other blockbuster writer.

One trade publisher that sponsors a yearly YA (young adult) and MG (middle grade) writing contest offers a prize of $1,500 and an advance of $7,500 against royalties, but the contest runs for six (6) months, and the manuscript cannot be sent simultaneously to other publishers during the judging phase. So if you happen to win the contest, you will have earned (retroactively) a little over $1,500 for that six months (from the advance; the prize is another matter). And if you don’t happen to win, then you’ve earned absolutely nothing in six months, because you were forbidden to submit the manuscript to any other publisher while it was being judged for this contest. So again, does that sound like a lot of money? Not according to my calculations!

Let’s say that most trade publishers offer a conservative $3,000 to $5,000 to their writers. If this is so and if it takes them from six months to a year to write the novel (maybe longer), this doesn’t equate to very much.

So back to the million-dollar question: Do writers make lots and lots of money? Uhm…I don’t think so; that’s why most of us keep our day jobs and write for love for the craft (and because we were born with the gift/desire to write, and we can’t get away from it no matter how hard we try).

But again, you do the math and decide for yourself.

NEXT TIME…HOW LONG DOES IT REALLY TAKE TO WRITE A NOVEL?