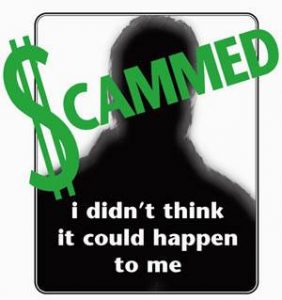 By now you’ve seen Part I of this horrible “scam thing,” and so now it’s on to Part 2.

But in case you HAVEN’T read Part 1, here it is:
The Perfect Scam Pt 1

Anyway, when I left you, I was waiting for Mike Coach to send the price I asked for the puppy, plus $50 to hold it, in the mail. He said he wanted to pay by money order or certified check, and that he would email as soon as he went to the post office.

Sure enough, by noon the next afternoon, I received an email from good old Mike, saying he had just mailed the money. Here’s the actual text from his email!

THE EMAIL FROM MIKE

Hello Rita,
How are you doing today with your loved entire family, I am writing you this email to inform you that your
payment has just been sent out to you today 9-25- and you will be receiving it soonest, kindly email me
asap your received it for further instructions, so we can complete the transaction successfully, Moreso to
let you know if I have the correct address:[I’m leaving this blank. I’m sure you understand why!]
I will be forward to read from you. and thanks very much for your patience and understanding, Looking
forward in doing nice transaction with you,
Regards
Mike

Now, even though it seemed Mike was an adequate communicator, I was still worried about the transaction. I couldn’t understand about the details for the health certificate or the crate to ship the dog back in. After all, health certificates have an expiration date, and since I didn’t know when the shipper would be coming, I had no clue when to get the health certificate. Also, I wasn’t clear on whether the shipper was bringing a crate with him/her, or whether Mike had included extra in the money order he was sending so I could go buy the crate.

I almost went ahead and purchased the crate and other items, so the little precious puppy would be ready to go when the money orders and the shipper got to my address. But in the end, I decided to wait, counting myself fortunate to have found such a sweet family guy who would give the little puppy a perfect home. NOT!

I got Mike’s email on a Thursday. By the following Monday, I went to my mailbox, and…behold! It was stuffed full of strange-looking envelopes.

There were three envelopes in all, and every one was addressed to me. There was no return address on any of them, only my name and address scribbled in big wiggly letters across the front, looking as if a 1st grader had written it. There was a funny-looking stamp scrunched up in the upper left hand side of the envelope…and that was all.

So, I open the first envelope…and guess what? There was a $1,000 money order inside!

To say the least, I was instantly concerned. This was much, much more than the asking price, and since a health certificate is only $35-$55, and a crate is only $50, I couldn’t figure out why in the world the man had sent so much money!

The money order was made out to me, and Mike had written his complete name and address. At last I knew where the dog would be going: Staten Island, NY.

I opened the second envelope, thinking it would have an explanation of why he’d sent so much money….and guess what? There was a $1000 money order inside this one, too!

I just couldn’t believe it. “That poor deaf man,” I thought to myself. “Doesn’t he understand the value of money?”

So I open the third envelope, happy that at least this one would have the instructions in it. And…yes, you’ve probably guessed it, this one had a $1000 money order in it, too!

Okay, okay, I know what you’re thinking! You’re thinking I should have known better, right? Well…yeah I should have, but I used to teach children with extreme disabilities, and not a one of them understood the value of money. I’d found out the hard way, while teaching them to play Monopoly, that if given a choice of being paid ten $1 bills or one $50 bill, they took the ten $1’s every time, because to them, ten $1’s in the hand was a whole lot more (visually) than one $50. They didn’t understand there were 50 individual $1 bills inside that one $50! True story!!!

So I figured, what if Mike–being handicapped–had the same type of misunderstanding about money? So I emailed him and said the money had arrived, but he had sent waaaaay too much.

Mike emailed back immediately and said he was happy I had received the two $1000 money orders (note he said two; he never mentioned the third), and that I was to go ahead to my BANK and deposit them, then take whatever my fee was and Western Union the rest to his shipper. The shipper would then arrange a pick-up time with me.

I was immediately angry with the scandalous shipper! He was obviously the one to blame for this financial blunder…or so I thought. Mike emailed that he used this shipper for lots of things, so I instantly assumed this man or woman had been taking advantage of poor Mike’s limited social skills for years, and had now told him it would cost over $2,000 to ship a puppy to Staten Island!

I was furious…but I never suspected Mike for one minute. After all, he was just a poor deaf man who had seen my ad, and had required the assistance of a Relay Operator to contact me about my puppy. He hadn’t done anything wrong. Or so I thought.

I was determined that Mike would get all of his money! Actually, you can ship a dog by plane, and it only costs $250-$450! So as I drove to the bank, I entertained several spectacular plots as to how I could get Mike to bypass the ground shipper and allow me to ship the puppy by plane. That way, Mike would have his puppy quicker, and he would also get a refund of the bulk of his money!

As I handed the cashier the money order and deposit slip through the drive-through window, I felt pleased with myself. I felt that I was providing two services! The first was that I was adopting out one of my cuddly puppies to a deaf man’s son, and the second was that I was protecting the helpless by seeing to it that the deaf man didn’t get scammed by the ground shipper.

“Rita, where did you get these money orders?”

The cashier’s words brought me back to reality, and it was only then that I got straightened out about who was scamming who.

Well, after five bank clerks held those three money orders up to the light, the bank supervisor told me (as she peered at me out of the corner of her eyes) that she and her colleagues were almost certain the money orders were fake. She said to be certain, I should take them to the post office, because they were post office money orders.

“If the post office cashes them, then you’ll know they’re not fake,” she said.

By now my heart was thump-thumping, and I was mumbling aloud to myself, “Don’t tell me this dude sent me some bogus money orders! I’ll bet the old liar ain’t even deaf!”

I skipped the line and asked for the post master. One of the postal clerks brought a stern little lady over to me, who flashed what looked like an FBI badge, then said, “Let’s see what you got.”

The moment I whipped the money orders out, she said, “Oh yeah. Oh yeah, these are definitely fake!”

She then held each money order up to the light and showed me the tale-tale signs. You see, Benjamin Franklin’s face should be clearly seen in a certain portion of the money order, but in the ones Mike Coach sent me, old Ben’s face was pretty mutilated. In one, he looked like the Pillsbury Doughboy. In the second, his nose and one eye were missing. In the third, his face disappeared in a beautiful cloud of smoke.

The postal inspector also pointed out the stamps on the envelopes. “These aren’t from Staten Island, or anywhere in the United States,” she said. “These are Canadian stamps!”

I was shocked of course, but the postal inspector wasn’t finished with me. “That’s what you get for trying to get something for nothing,” she said. She looked at me the way my mother used to look when she’d caught me doing something I knew I shouldn’t do.

I tried to explain that this wasn’t about trying to get something for nothing; that I had put an ad in the paper to sell a puppy, and that I was the victim. But girlfriend wasn’t hearing it.

I vowed to email Mike and tell him those money orders were fake, but the postal inspector warned me not to. She told me not to have anything to do with him.

I should have listened to her, but to be honest, I just couldn’t let it go. Mike had made me look like a low-down counterfeiting varmint! I was going to fix his wagon, no matter what anybody said!

With that decision, I slunk out of the post office and went to my car.

Well everyone, that’s it for Part 2. Be sure to watch for: THE PERFECT SCAM – PART 3!