BREAKING NEWS
Home Writing Tips So You Wanna Be a Writer, III – HOW DO I GET STARTED WRITING?

So You Wanna Be a Writer, III – HOW DO I GET STARTED WRITING?

Now that we’ve discussed how much writers earn and how long it takes to write a story (See Part II, HOW LONG DOES IT REALLY TAKE TO WRITE A NOVEL), it’s time to address just how in the world you can get started writing. 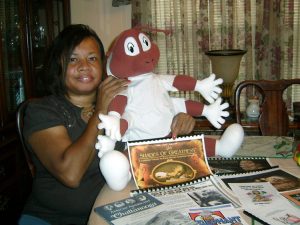 Me. I love taking my ideas from mere thoughts to tangible objects.

Most writers already have a bee in their bonnet—or, an idea clamoring around in their brains that’s just screaming to get out. But in case you don’t, you can use these tips to find ideas:

1. Read Internet News Stories. There’s no better way to keep up with what’s going on than by getting your news “in an instant.”

2. Read the newspapers. Sure, it’s a slower way of getting news—and it costs 50 cents (bummer), but it’s chocked full of things you don’t always see in internet news stories. You’ll see editorials and obituaries of lesser-known personalities, and so forth. Give it a try…you never know what you’ll find.

4. Join Twitter, then allow every fibre of your being to be saturated with second-by-second tweeting. It’s additictive and informational!

5. Join a blog community, like WordPress. WordPress’ blogroll has a constant stream of what they call “Hawt Posts;” posts that are so exciting or controversial, they get hundreds of hits a day.

6. Play the “What if?” game. In other words, think of some stories that had certain endings, then ask yourself, “What if this had happened instead?” Here’s an example:

My son was a big fan of the 90210 series during its heyday. Remember Brandon Walsh and Andrea Zuckerman? Remember how everyone assumed they would get together, but they never did? Well, instead of Andrea getting pregnant and marrying into oblivion in the series, what if she had married Brandon instead?

And what if Brenda, Brandon’s twin, had become pregnant with Dylan’s baby and they decided it was best to marry…but since Dylan really loved Kelly, he sneaked around with her during the pregnancy? And what if Brenda didn’t know about the affair, and decided to make Kelly the baby’s godmother?

Can you see all the possibilities by playing the “What if?” game? Of course, you wouldn’t actually be writing for 90210, you’d be writing your own story. You would change the names and the storyline, but the challenges and obstacles would be there just the same.

7. Talk to your son, daughter, niece, nephew or neighbor (whichever fits your situation) and find out what the youngsters are talking about. There’s always something exciting brewing in their camp.

HOLD ON…AN IDEA JUST HIT ME, RITA, AND IT’S A GOOD ONE. NOW WHAT?

Well, duh. You sit down and write, that’s what. You don’t daydream about writing, or call your best friend and yak for two hours about what you would write if you had the time, or what you want to write in the future, or what you’ll probably write tomorrow. You don’t float through your day fantasizing about all the money you’ll make off of your writing, or all the book signings you’ll have. And you definitely don’t work up an imaginary budget and pay all your outstanding bills with the fortune you’re sure you’ll make off writing. (Yep, I did this…and those same bills are still waiting to be paid!).

You just sit down and write. Period.

There is a writing group whose motto is BIC HOK TAM, which in English means “Butt in chair, Hands on keyboard, Typing away madly, and I’ve found this motto to be both inspirational and uplifting. It’s a no-nonsense motto that doesn’t leave room for excuses or procrastination. That, in essence, is my advice to you. Get to it. No excuses.

I hope these tips have helped you determine how to come up with your story idea (if you don’t already have one). So what are you waiting for? Grab your pencil, paper and whatever else you think you’ll need, and start brainstorming those story ideas!