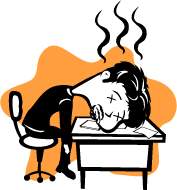 No worries! Read on to find out how to spot passive sentences, how to minimize them, and when they should definitely be used.

What are Passive Sentences?

A passive sentence is one where the subject of the sentence doesn’t actually do anything, but is acted upon by some other agent (named or unnamed) in the story. Here are examples.

See? In the passive sentence, the subject (law) was acted upon by an unnamed agent.

Passive sentences change the emphasis in the sentence. Here’s an example, using one of the most familiar riddles in the book:

Why did the chicken cross the road? (active)
Why was the road crossed by the chicken? (passive)

Note how the emphasis shifted. In the first sentence, the chicken is the subject, or the emphasis. In the second, the action of crossing the road is emphasized.

Why Are Passive Sentences Bad?

As you can see by the examples I’ve used above, passive sentences definitely weaken the clarity of your writing! This means that if you’re lucky enough to get your work in front of editors, agents and publishers–and if that work is full of passive sentences, they’ll have to guess what you’re trying to say.

And that, my friend, you don’t want to happen.

Writers know how busy editors, agents and publishers are (and if you don’t, you need to read their blogs, tweets and Facebook pages!), so we all know they’re probably not going to spend two seconds guessing what you mean when they still have three hundred manuscripts in the dreaded slush pile to read.

That, in a nutshell, is why passive sentences can be bad. 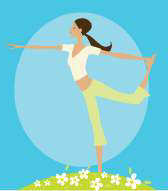 An Active Sentence in Human Form. You Go, Girl!

When Should You Use Passive Sentences?

You’re probably thinking there’s never a good time to use passive sentences. Not so! Passive sentences can be quite effective, especially when it’s more important to describe what happened than who did it. Here’s an example.

“The package was mailed last night.”

This is definitely a passive sentence, but if you’re writing a story about, say, a bombing, it may be very important to stress when the package was mailed rather than who mailed it. In other words, the most important thing to note here is, that package is on its way, baby, so look out!

Passive sentence can also be effective if you have, say, a slovenly character who is always trying to duck responsibility. Check out these examples:

I hope this little lesson on passive sentences has helped you. I’m in no way an expert of any kind; I just wanted to pass on what I’ve learned to help make your writing life a little easier.

Until next time, best wishes and happy writing!