BREAKING NEWS
Home Uncategorized DO YOU TWIT-FACE-LINK-DIGG-SPACE-BLOG-SERV? WELL, DO YOU???

DO YOU TWIT-FACE-LINK-DIGG-SPACE-BLOG-SERV? WELL, DO YOU???

Just taking time out of my overwhelming, ever-expanding schedule to ask you a question.

Question: How in heaven (or hell) do you have time for all these social networks, and who in heaven (or, again, hell) needs them, anyway? For me, social networking sucks like a yellow-bellied sap sucker sucking up sap. (Disclaimer: It may be that yellow-bellied sap suckers do not care to suck up sap…or anything else, for that matter. I mean, have you ever seen one suck up sap? Have you ever seen one at all??? I haven’t; I just needed a comparison, so there!)

Anyway, here’s the thing: I was only just getting into Myspace when I discovered it was no longer the happenin’ place to be. Facebook, it seemed, was the new kid on the block, and anyone who was anyone who hoped to be anyone, had to have their face on Facebook.

But since I’m from that generation that believes in complete and total anonymity in case random lunatics are out to kill you, I was terrified at the thought of my face on a “book.” So I ignored all the good things I heard about Facebook and did the next best thing; I started my first blog, which I called The Shades Writer (www.theshadeswriter.wordpress.com). I also joined a couple of listserv’s for writers, and promptly found my e-mailbox flooded with hundreds of curious things called “threads”…but that’s another matter altogether.

Anyway, as I struggled to conquer my internet-ignorance and produce a fantastic blog, I began to receive random “invites” to another new and mysterious sensation, “Linkedin.” These invites set my teeth on edge; I knew the people who invited me, and I knew that they knew how private I was, so I had no qualms about ignoring the invites. But my cold shoulder didn’t make a bit of difference to them; they just kept right on inviting me…much like laying on the redial button on your telephone after you get a busy dial tone.

Things may not have been so bad if I could have whisked across the virtual superhighway and checked out their pages to see what all the fuss was about. Maybe then I wouldn’t have been so leery of this new-fangled thing they were asking me to do. BUT NOOOOO. Before I could check out their pages, I had to “register” and spill my guts about my personal life in order to open my own account.

So I did nothing…except count myself fortunate that I wasn’t registering on yet another website and starting yet another account with yet another elaborate screen name and password I would promptly forget as soon as I clicked “send.” And while I basked in doing nothing about LinkedIn, the Twitter sensation flittered into my field of vision. 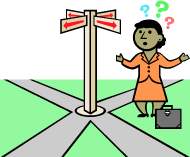 Now, Twitter was different. I’d heard that many writers, agents, editors and publishers use it, so I decided to give that one a try. UPDATE: I’ve had my account for over seven months now, and…people, I still don’t know how to use the darn thing.

In the meantime, my internet-savvy son, who builds websites and does animations and such, told me Facebook really is the in thing, and I really ought to have an account. So before I even figured out how to tweet from the internet vs. the tweet deck (by the way, what the heck’s a tweet deck???), I gave in, doubled back, and uploaded my face to Facebook. Now, after three months, my worst fears have been realized: I still don’t know how Facebook works…and I’m just another face on a book!

And so, I spend my internet days experimenting with Twitter, “studying” Facebook and agonizing over “LinkedIn.” In the meantime, my son has informed me that a truly internet-savvy person would realize they simply cannot do without Digg—yet another new internet social networking sensation.

I probably don’t have to tell you how badly (is badly a word???) I don’t want to Digg, but I’m told that to keep my finger on the pulse of the internet, I’ll simply have to…Digg, that is. You dig?

Oh well…so that’s my story. Everyday I find myself sucked deeper and deeper into the patchy-black vortex that is social networking, and I don’t know how to climb out of it. I still haven’t “linked in,” I’m not sure I’ll ever really dig Digg-ing, and I’m dreading being just another face on the “book.” I haven’t “cleaned” my space at MySpace in forever-and-a-day, my e-mailbox is full of listserv threads, and my twitters are flittering into oblivion.

So my question is, do you TWIT-FACE-LINK-DIGG-SPACE-BLOG-SERV? And if you do, how in heaven (or hell) do you manage it?